Ni No Kuni 2 Revenant Kingdom (PC) for Steam is a digital product - no box delivery. The price applies to a digital version of the product. It is in Stock now, welcome to order in SCDKey! 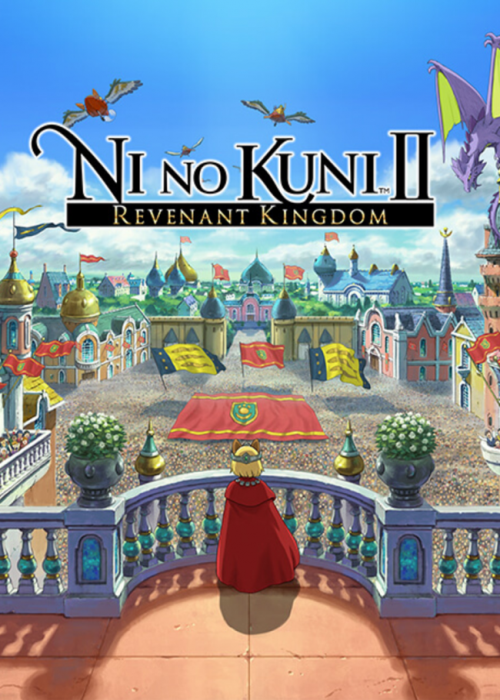 Ni no Kuni II: Revenant Kingdom is an upcoming role-playing video game developed by Level-5 and published by Bandai Namco Entertainment. Ni no Kuni II features enchanting character designs from the legendary artist Yoshiyuki Momose and a stirring soundtrack composed by the world-famous Joe Hisaishi. The game is a sequel to Ni no Kuni: Wrath of the White Witch.

Set hundreds of years after the events of Wrath of the White Witch, Revenant Kingdom features the cat and mouse tribes, two warring factions in the town of Ding Dong Dell. During the events of the game, the mouse tribe performed a coup d'閠at, taking control of the kingdom. The story follows Evan Pettiwhisker Tildrum, a boy king of the cat tribe, who is usurped from his castle and sets out to reclaim his kingdom. He is aided by Roland, a visitor from another world, and Tani, the daughter of the boss of air pirates.

Welcome to the beautiful world of Ni no Kuni! Join the young king Evan as he sets out on an epic quest to found a new kingdom and, with the help of some new friends, unite his world, saving its people from a terrible evil. Join him on an unforgettable adventure which blurs the line between animated feature film and video game.